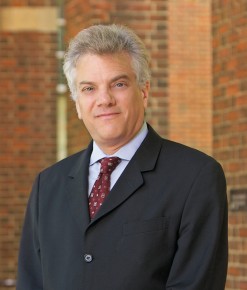 Nov 30, 2022 - VIRTUAL - Prof. Rick Pildes on "Ongoing Threats to our Election Process and What can be Done about them"

Distinguished NYU Law Professor Rick Pildes (‘83 JD), one of the nation’s leading scholars of constitutional law and a specialist in legal issues concerning American democracy, has argued election-law cases before the Supreme Court; testified to Congress on election law issues; worked with election administrators throughout the country; and written extensively on the issues of most concern about the integrity of our elections and what to do to safeguard the election process against potential manipulation.

Join us as Professor Pildes highlights:

- What are the risks facing the American election process for the 2024 elections, in light of what we learned from the 2022 mid-terms that were just completed? - What's being done or could be done about those risks? - How would cases currently before the Supreme Court affect the election process for 2024?- How does the proposed bipartisan Electoral Count Reform Act of 2022 (ECRA) address many of these questions and why is its passage before year-end 2022 imperative?

Professor Richard Pildes ('83 JD) is the Sudler Family Professor of Constitutional Law at NYU Law School and is one of the nation’s leading scholars of constitutional law. A former law clerk to Justice Thurgood Marshall, he has been elected into the American Academy of Arts and Sciences and the American Law Institute, was named a Guggenheim Fellow and a Carnegie Scholar, and was appointed to the President’s Commission on the Supreme Court of the United States. His work systematically explores legal and policy issues concerning the structure of democratic elections and institutions, such as the role of money in politics, the design of election districts, the regulation of political parties, the structure of voting systems, and the representation of minority interests in democratic institutions. He has written on the rise of political polarization in the United States, the transformation of the presidential nominations process, the Voting Rights Act, the dysfunction of America’s political processes, the role of the Supreme Court in overseeing American democracy, and the powers of the American President and Congress. As a lawyer, he has successfully argued voting-rights and election-law cases before the United States Supreme Court and the courts of appeals.

***
This talk is arranged by Jeewon Park '89 AB, '93 MBA (HRCW) and by Scott Levy '94, HAA Director for Metropolitan New York and New Jersey (Harvard Clubs of Long Island, New Jersey and Princeton, and the Harvard-Radcliffe Clubs of Westchester and Hudson Valley)
Click here to buy tickets!!!